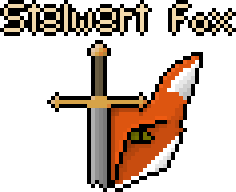 Deep into a dystopian future, the world is governed by the ShadowNet, a vast network of the biggest corporations in the world. Law and safety are a delicate matter for police forces are now in private hands, administrated by the ShadowNet itself. In this hostile world a task such as buying a soft drink might end up being lethal in the desolation of the barrens, yet it provides plenty of opportunities for brave and tough souls.

Your name is Shawn Steinmann, and you are the CEO of the most successful corporate in the entire world. Everything is within your reach. You ussually had more credits than what you could spend, no matter how big the expense. This is why in the in the beggining of the winter of 2196 you thought one of your most profitable business could do with remodelations. But you did something unthought by any other CEO or even any elf for the matter. Something so out of the question most thought you had gone hairwire. You personally went to visit the shop.

This was a breaking point in your life. Not every elf had a tough psyque, specially not you at that moment. You quickly forgot about the reforms and turned your attention towards the actual life that was taking place mere footsteps from your own corporate properties. Fatherless children searching through the garbage to try and live another day, most disfigured or malformed. Junkies on every corner. Clothing seemed to be a luxury for these folks, not even to talk about actual, non-rotted, non-poisoning food.

Such sight had quickly and deeply rooted a seed in your mind. You couldn't bare to think you had no chance at spending your entire credits in fifty lifetimes of frenzy wasting money while others were suffering so much and no one to care for. You were determined to change the situation.

Back at your skyscraper you started working towards your newfound objetive, burned through entire weeks of work towards this goal. Planned a huge strategy to defeat the misery that struck almost the entirety of whatever that was not part of the ShadowNet. Or at least that's what you remember.

You have a solid memory of this happening, this was your life. You know it deep down in your heart. But you are not living in a skyscraper. You are not planning strategies for a better world. You are not fighting against anything but your own hunger. You are alone, hurt, bleeding and barely wearing any clothes in a dark, moist and cold alley in the barrens of the city.

ShadowNet is currently undergoing closed android alpha testing and is set to release sometime in the near future yet to be announced for both android and iPhone.